US military export to Saudi Arabia

Saudi Arabia is a big spender on military equipment and technology and has a long history of importing what they need rather than producing it domestically. A lot of these imports comes from the United States, and are sold through the U.S. Department of Defense (which charges a 7% intermediary fee on these exports).

In 2015-2019, Saudi Arabia was the world´s largest importer of arms, and 50% of U.S. arms exports to the Middle East were purchased by Saudi Arabia.

Saudi Arabia is the third-largest military spender, after the United States and China, and they spend 8% of their GDP on their military which is very high compared to other countries (except Oman).

Below, we will take a look at a few notable USA – Saudi Arabian arms deal packages. 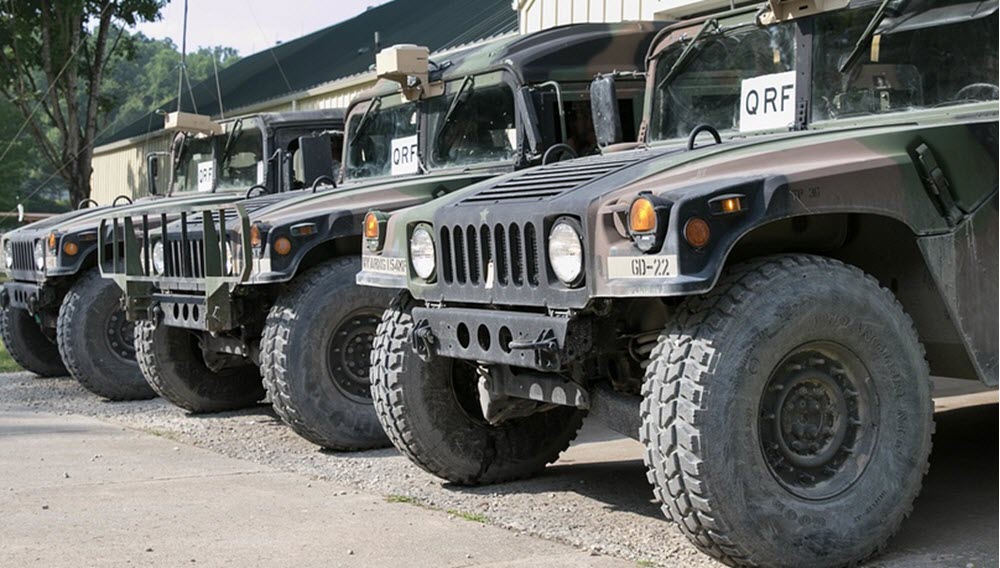 The sale of Airborne Warning and Control System (AWACS) surveillance planes to Saudi Arabia during the administration of President Ronald Reagan was then the largest foreign arms sale in United States history.

The Reagan Administration AWACS sale proposal was formally introduced to Congress in the fall of 1981, as Congressional consent was required for the deal to go through.

The deal included five E-3 Sentry AWACS aircraft and eight KE-3 refuelling aircraft, plus spare parts and support. The aircraft were delivered between June 1986 and September 1987.

The sale was controversial and criticized both within the United States and by the State of Israel. Despite heavy opposition, the Congress eventually approved the AWACS sales.

The deal was largely seen as proof of the United States´s commitment to the US-Saudi relationship.

The United States have been using the E-3 Airborne Warning and Control System aircraft since 1977, and it is also used by certain other NATO membership countries, including France and the United Kingdom.

The E-3 is a modified Boeing 707 jetliner. Notably, it has a 30 ft rotating antenna on its roof which detects and tracks other aircraft within 450,000 square kilometres, including aircraft that is not noticed by standard ground radar. The antenna has the shape of a smooth disk, and is roughly 20% the length of the plane.

Unlike the commercial Boeing 707, the E-3 has no passenger windows.

The AWACS sales proposal was sharply criticised by the State of Israel, and disapproved by several members of the United States Congress. Massachusetts Senator Edward Kennedy went as far as calling it “one of the worst and most dangerous arms sales ever”.

In a May 1981 poll among Americans, only 19% wanted the United States to sell AWACS to Saudi Arabia, and 52% of those surveyed opposed U.S. arms sales to any country. This was at a time when the American hostage crisis in Iran was still fresh in mind, and many Americans were reluctant to help arm anyone who could suddenly turn on them.

A Boston Globe editorial published on May 4, 1981, claimed that the deal would risk destabilizing the Middle East further, saying that “the intention to sell AWACS planes to Saudi Arabia constitutes not only a manifest contradiction of Reagan’s campaign promise to enhance Israel’s security, but also serves to further destabilize the Mideast, a region whose stability was supposed to be a strategic priority of the Reagan foreign policy.”

The State of Israel saw the AWACS deal as a direct threat to Israeli security, and was the party most strongly opposed to the sale. The sale was also viewed by some as a betrayal. The United States had supported Israel in the Six-Day War, but was now wishing to sell military equipment to a country hostile towards Israel.

The Reagan Administration admonished Israel for getting involved in the U.S. Foreign policy matter, and President Reagan himself declared that “It is not the business of other nations to make American foreign policy.” The Reagan Administration also expressed how the AWACS deal would benefit U.S. interests in the Middle East, promote peace and stability in the region, and even improve Israeli security due to this stability.

During the Obama Administration, a combined $112 billion in weapons were sold by the United States to Saudi Arabia over eight years. Most of it was in the form of one huge 2012 deal negotiated by then-Secretary of Defense Bob Gates. In order to get U.S. Congressional approval, Gates negotiated a deal with the State of Israel to help Israel preserve their qualitative military edge over their neighbours.

It was in October 2010 that the US State Department notified Congress of its intentions to make an arms deal with Saudi Arabia that would surpass the famous AWACS deal in size. The deal, valued at 60.5 billion USD, would substantially increase the offensive capacity of the Saudi armed forces, and also boost their “interoperability” with U.S. forces.

Israel did not strongly oppose the deal, electing instead to simply state that they were “not thrilled about it”.

Several international security experts saw the deal as a way for the United States and their allies to collectively flex their muscles towards Iran.

On May 20, 2017, United States President Donald Trump and Saudi Arabia´s King Salman bin Abdulaziz Al Saud signed a series of letters of intent for a number of large arms deals. According to these letters, Saudi Arabia intended to purchase a $110 billion worth of arms from the U.S. right away, and then a further $350 billion of arms over a period of 10 years. The signings occurred at the Riyadh Summit, and were connected to a $20 billion investment in mostly United States infrastructure. In May 2017, Saudi Arabia joined The Blackstone Group in a $40 billion fund to invest in infrastructure projects within the United States.

Just as during the Obama administration, many security experts saw the proposed USA- Saudi Arabian arms deal as a way of counteracting the influence of Iran in the Middle East. At the same time, the plans received criticism stemming largely from Saudi Arabia´s alleged human rights violations in Yemen.

On June 13, 2018, the U.S. Senate narrowly rejected an effort to block part of the deal, and instead approved the sale of $500 million worth of weapons to Saudi Arabia. Examples of GOP Senators that opposed the deal were Mike Lee, Todd Young, Dean Heller, and Rand Paul. Also, most Democratic Senators voted to block the sale.

By the end of October 2018, the Saudi government had purchased $14.5 billion of arms.

In December 2018, the U.S. Senators voted 56-to-41 to end U.S. military assistance for Saudi Arabia´s war in Yemen. The decision was largely a reaction to massive civilian casualties in Yemen, but also to the assassination of Saudi Arabian dissident Jamal Khashoggi at the Saudi Arabian consulate in Turkey.